Funding for the Renslow Trestle Project was included in the recently approved capital budget by the state legislature. With this funding, Washington State Parks will install decking and protective side railings on the steel trestle, which extends across a valley and over Interstate 90. It will eliminate one of the few remaining trail detours between Rattlesnake Lake near North Bend and the Columbia River.

The Renslow Trestle is a very visible and recognizable landmark for any Washington motorist traveling the Interstate. Located between Ellensburg and the Columbia River, the trestle was constructed as part of the Milwaukee Road’s Pacific Coast Extension from the Midwest to Puget Sound. The railroad used this crossing as part of their mainline operation from 1909 until it ceased operations in Washington in 1980. The State of Washington then purchased most of the line between the North Bend area and the Idaho state line. Now it is known as the John Wayne Pioneer Trail, with the portions west of the Columbia River and east of Warden managed by Washington State Parks. 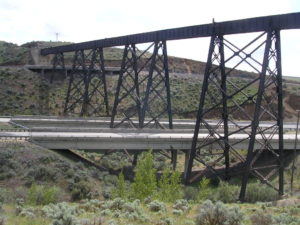 The trestle, across what is known as Johnson Creek, was initially built as a timber trestle in 1908. After the line opened in 1909, the railroad replaced the wooden trestle with a steel viaduct that was completed in 1910. Steelwork was erected inside and around the wooden trestle while it was still in use. The steel bridge crosses the valley on twelve spans, some 678 feet long and 118 feet above the valley floor to the top of the bridge deck. Conveniently, the lanes of I-90 were able to fit under the 1910 bridge when the highway was constructed in the 1960s.

When the trail was first established, the trestle was open to trail users. During the early days of the John Wayne Pioneer Wagons & Riders cross state ride on the trail, there were legendary hair-raising stories of wagons and riders crossing the trestle. Later, the decking was removed from the trestle and the ends were blocked off to prevent crossing the bridge. The Renslow Trestle Project calls for a new deck on the bridge girders with fencing or a barrier to protect both trail users and drivers below on Interstate 90. 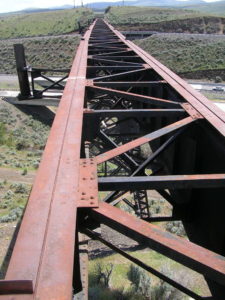 The top of Renslow Trestle. Photo by Mark Borleske.

With completion of the Renslow Trestle Project, a major detour will be avoided and an exciting part of the trail will be available to recreational users.

Cascade Rail Foundation, along with the Milwaukee Road Historical Association, have pledged to assist Washington State Parks with the historical interpretation of the Renslow Trestle that will be included in the project.

Thanks to the citizens and groups who worked hard to support this project and patiently work getting this kept a priority project, even as the capital budget was help up last summer and finally authorized and passed in January 2018. This is a very tangible victory for the trail and trail advocates. Hopefully we can look forward to more projects further east, including the Beverly Bridge across the Columbia River and projects in eastern Washington. 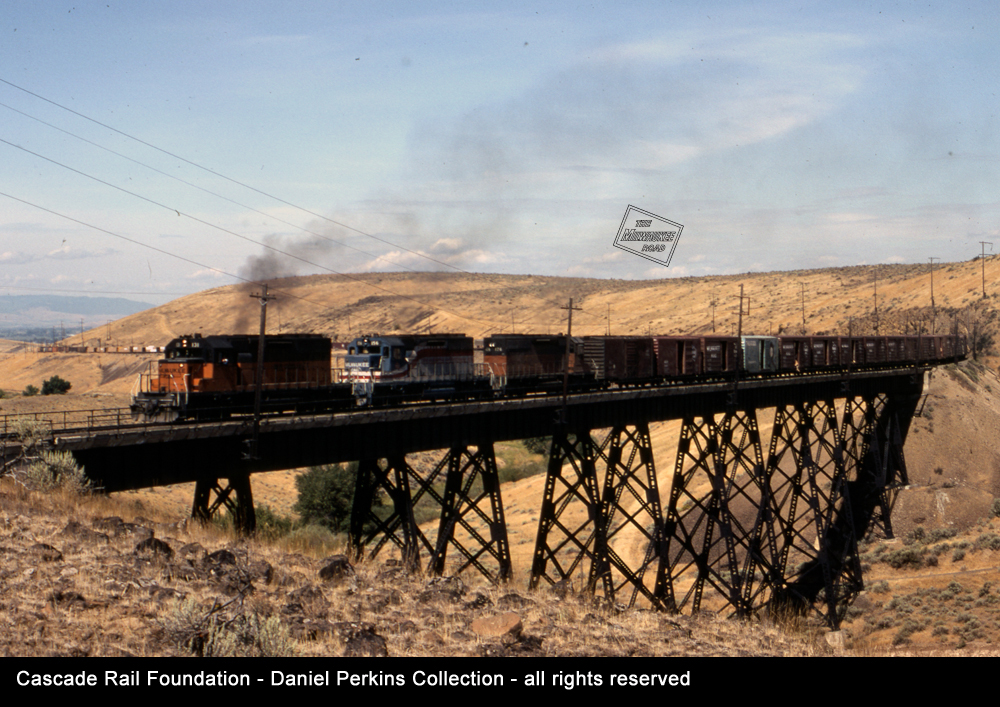