Today on our Milwaukee Road virtual historical tour, we leave Thorp and enter into the wider Kittitas Valley. The route passes through the north side of Ellensburg. At one time the city was a candidate to be the Washington state capital, with its central location, but that didn’t happen. The city got a state college as a compromise. The railroad bisected the campus of what is now Central Washington University. Trains running through campus were an unforgettable feature here. 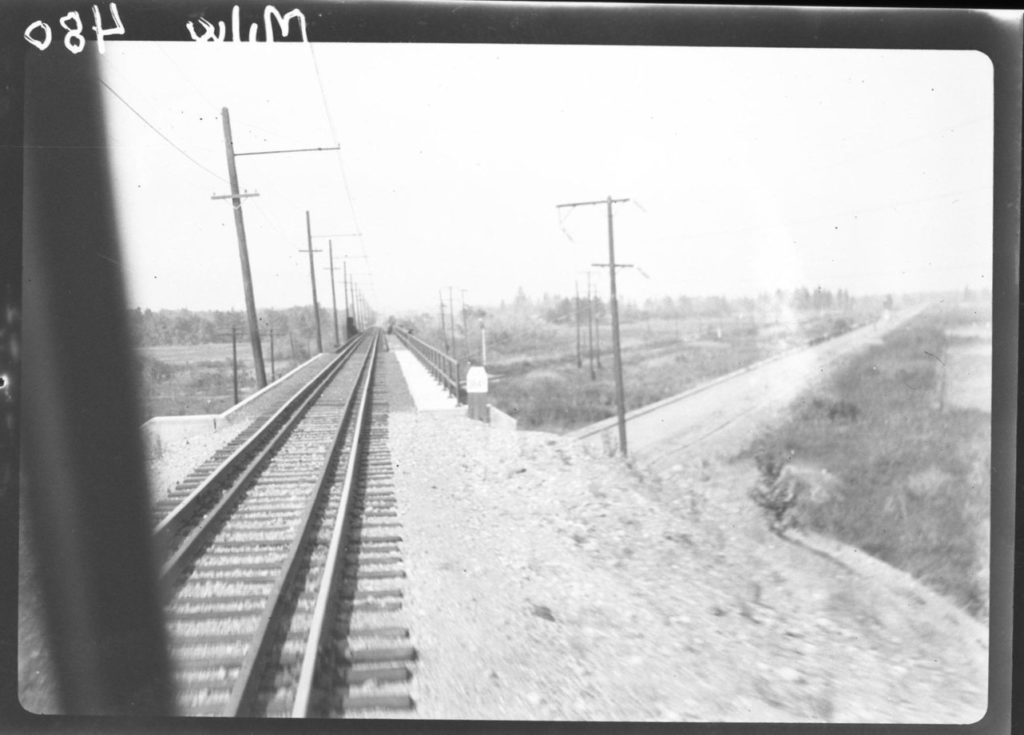 At Woldale, the Milwaukee crossed over the Northern Pacific and Highway US 10 on the way to Ellensburg. The two railroads separated here, the NP following the Yakima River south to Yakima, and the Milwaukee continuing due east across central Washington. In this view, on a 1936 inspection tour, John Barriger turns his camera back to the west to capture the scene. Photo from the John W. Barriger III National Railroad Library. 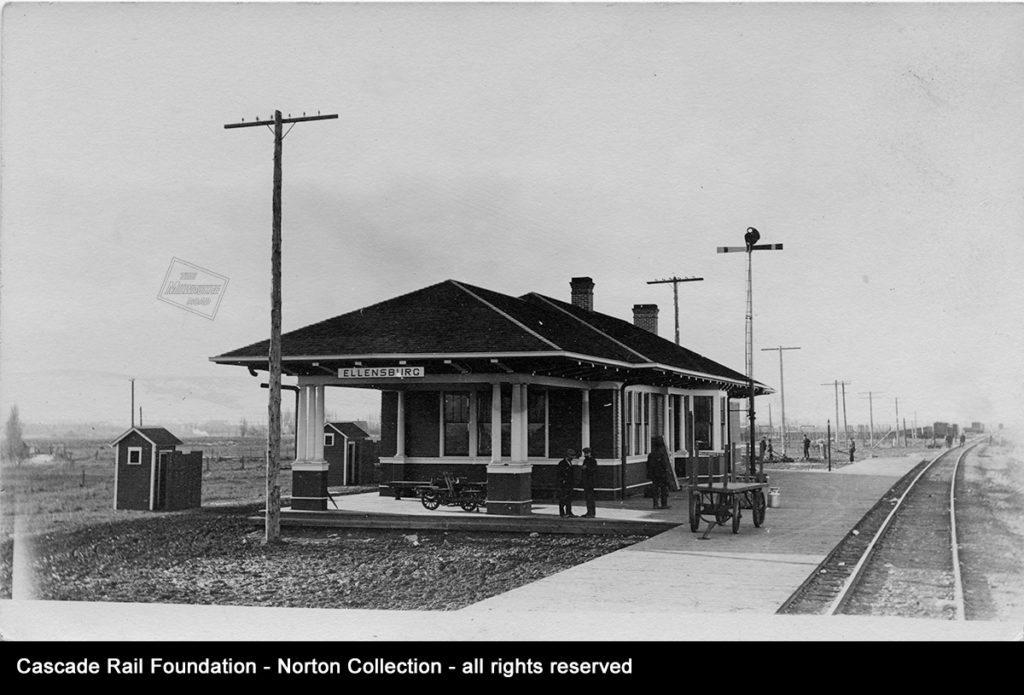 The Ellensburg depot when everything was new (between 1909 and World War I). The depot was on the west edge of town, and was virtually out in the country at the time. Note the two outhouses in the back, the milk can on the platform, the baggage cart. This classic Milwaukee Road depot with a portico was built from a reversed set of plans of the Morton Gove, Ill. depot, a suburb of Chicago. Construction of the depot began in June 1909. By August 1909, the depot was completed and opened for business. At some point later, a small freight depot to the west of the depot was constructed. This building still stands today as a personal garage in Ellensburg. The original large freight house built to the east of the depot (constructed about the same time as the depot) is now a part of Central Washington University. 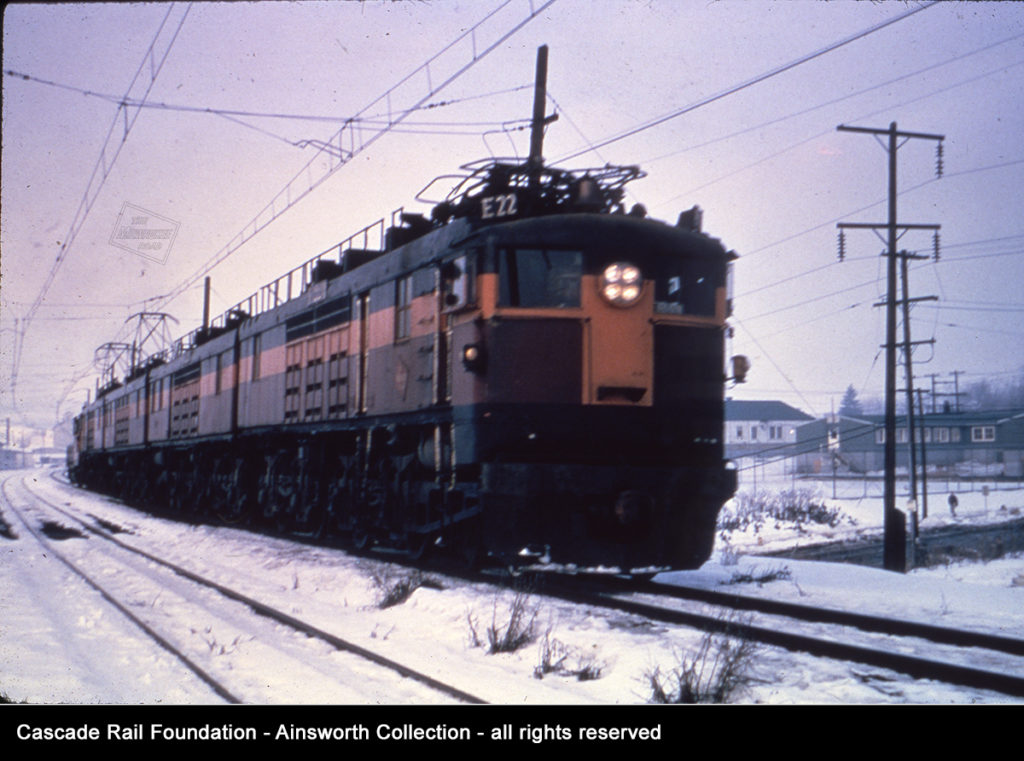 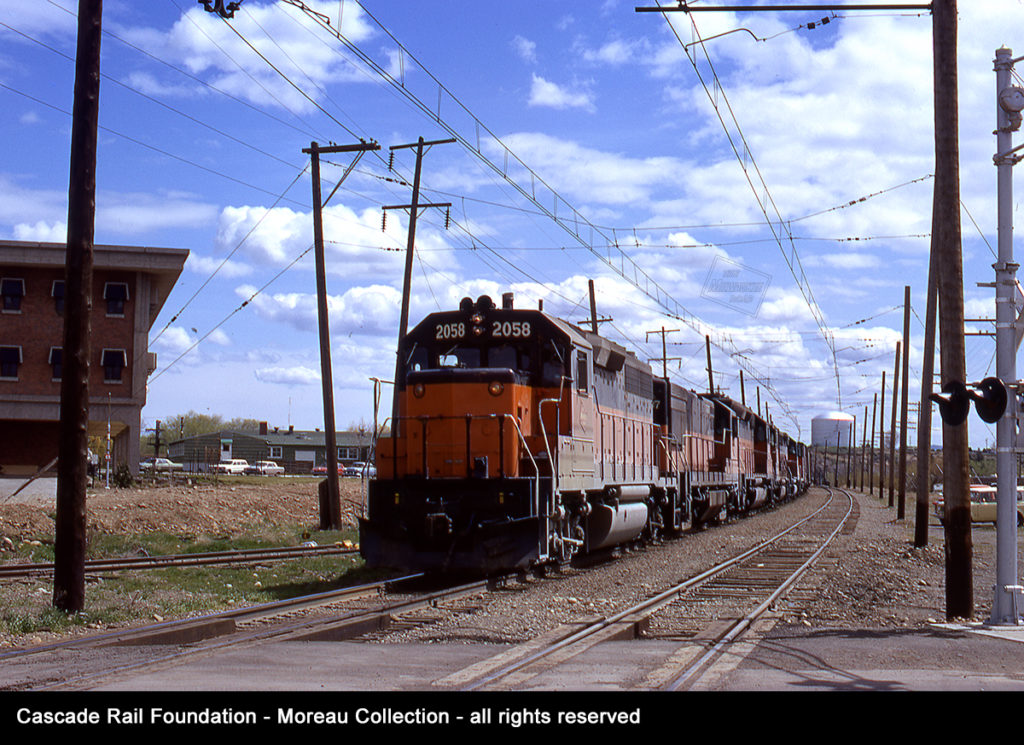 MILW 2058 and 5007 are seen leading a westbound freight train through Ellensburg, WA on April 29, 1971 in this photo by Jeffery Moreau. 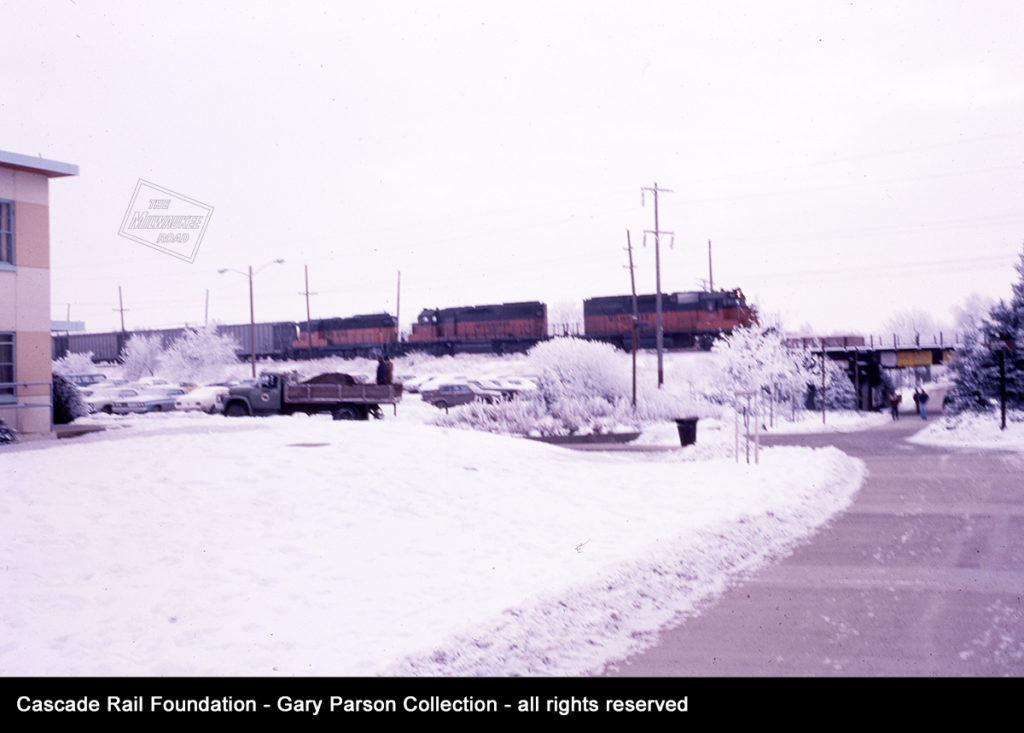 The campus at Ellensburg was bisected by the Milwaukee Road. A train passing through campus, as seen in this winter photo by Gary Parson, could seem like an event.

After 1980 abandonment, the campus took over the right of way and very few traces remain of the Milwaukee Road here, although the electric transmission ‘highline’ still follows much of the overall route.

Tomorrow we travel through Kittitas and over the Renslow Trestle. It is Memorial Day, and we pay tribute to all who served their country, and recognizing the sacrifice of the son of a Milwaukee Railroader who was a recipient of the Medal of Honor.