Today our virtual journey takes us through the Snoqualmie Tunnel, past Hyak, and along Lake Keechelus to Easton. This is the east slope of the Cascade Mountains. 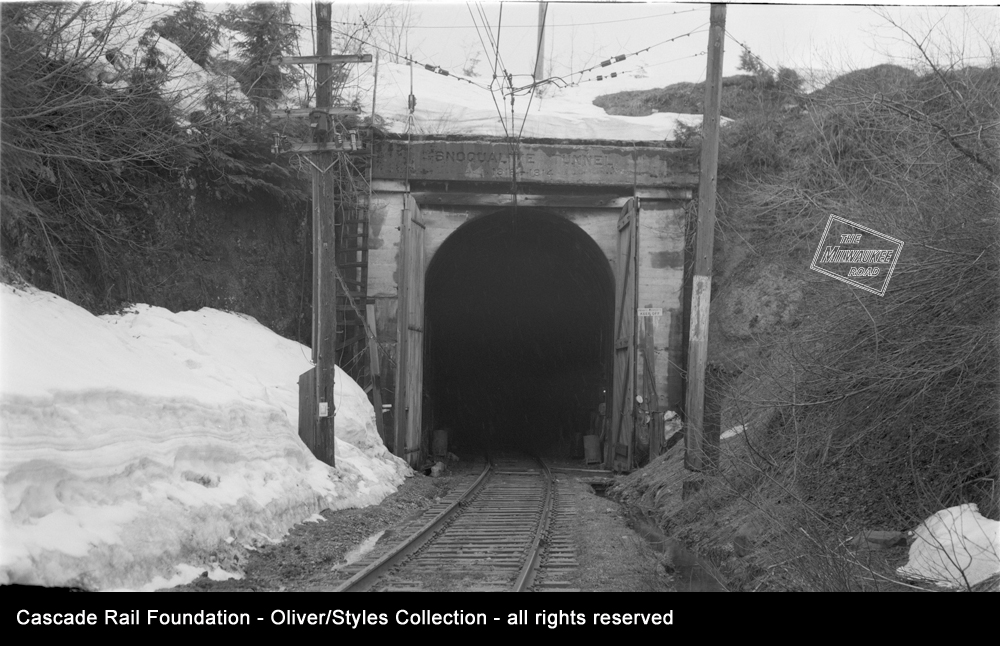 Here is the east portal of the Snoqualmie Tunnel at Hyak, as seen in April 1969. The 11,890 foot long tunnel was completed in 1915. The tunnel has been seasonally open (usually May to Nov.) for trail users since 1994. Photographer unidentified, but thought to be Stan Styles. 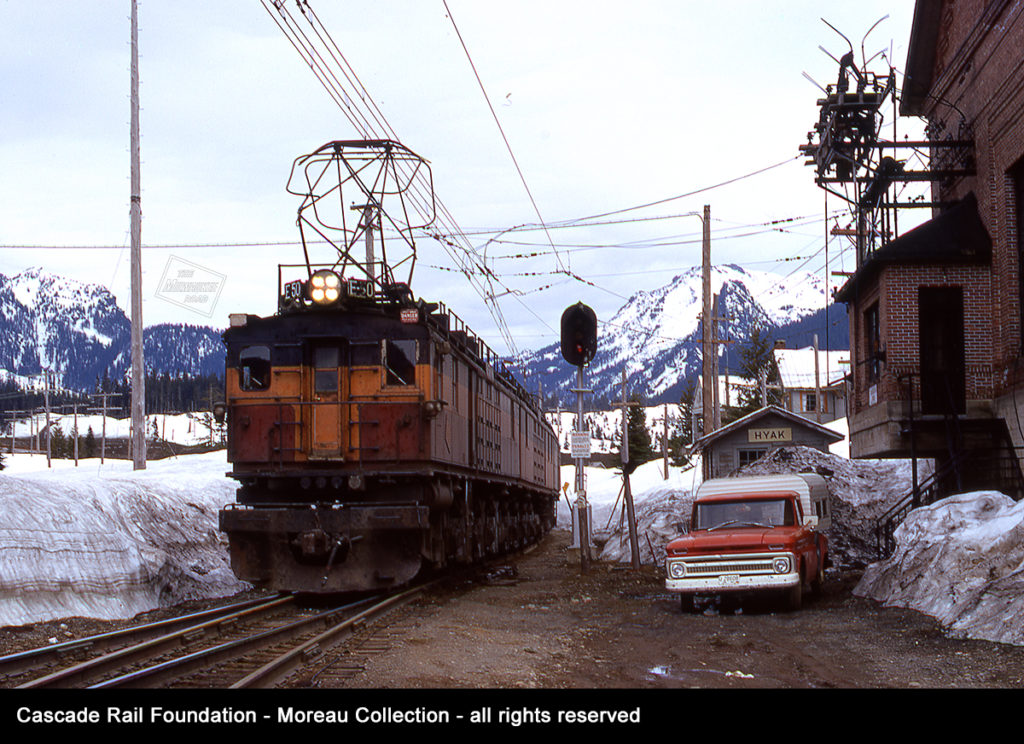 Electric boxcab motor E-50 leads a freight eastbound past the brick substation at Hyak on April 29, 1971. After emerging from the Snoqualmie Tunnel, at elevation 2564, the trip is downhill to Easton, 2176 elevation. Photo by Jeffery Moreau. 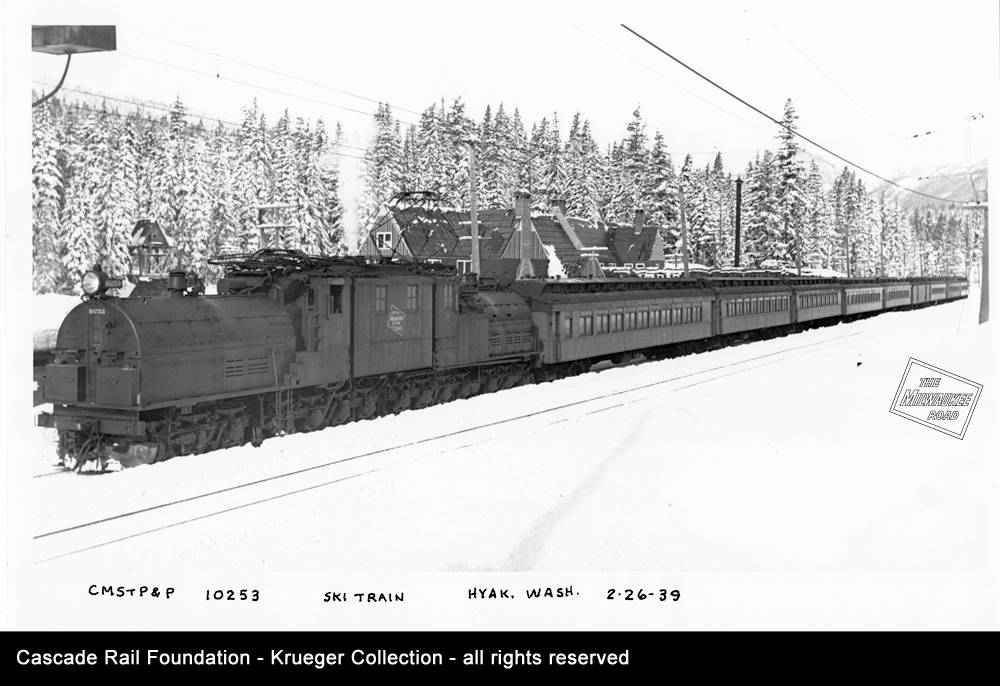 The railroad opened the first commercial ski hill on Snoqualmie Pass, the Milwaukee Ski Bowl. It opened in January 1938, closed during most of World War II, and reopened for the 1946-47 season. The Milwaukee ran excursion trains of skiers up to ski bowl, near Hyak. This photo, taken February 26, 1939, shows a ski excursion train in front of the station platform and ski lodge.

The ski lodge burned in December 1949, and the Milwaukee Road exited the ski business at the end of the 1949-50 season. Snoqualmie Pass is still a popular place for skiers and people who enjoy other winter recreation activities. 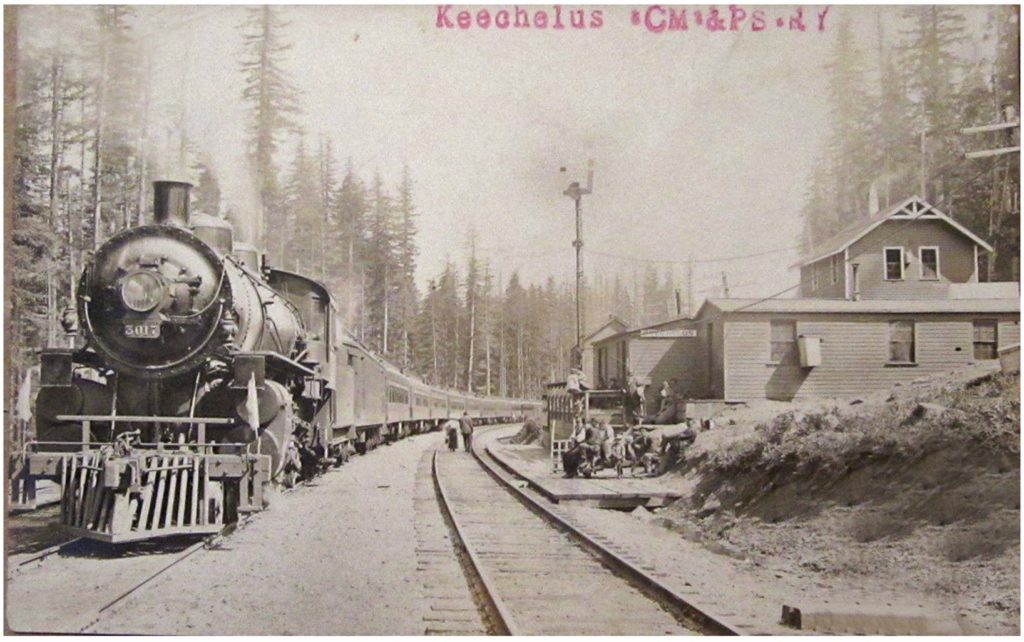 Downhill from Hyak was a recreational and resort spot known as Keechelus. The railroad ran summertime excursion trains here in the Cascades between 1910 and 1915. The resort and its excursion business ended with the building of the dam at the east end of Lake Keechelus. Photo circa 1913, Allen Miller collection. 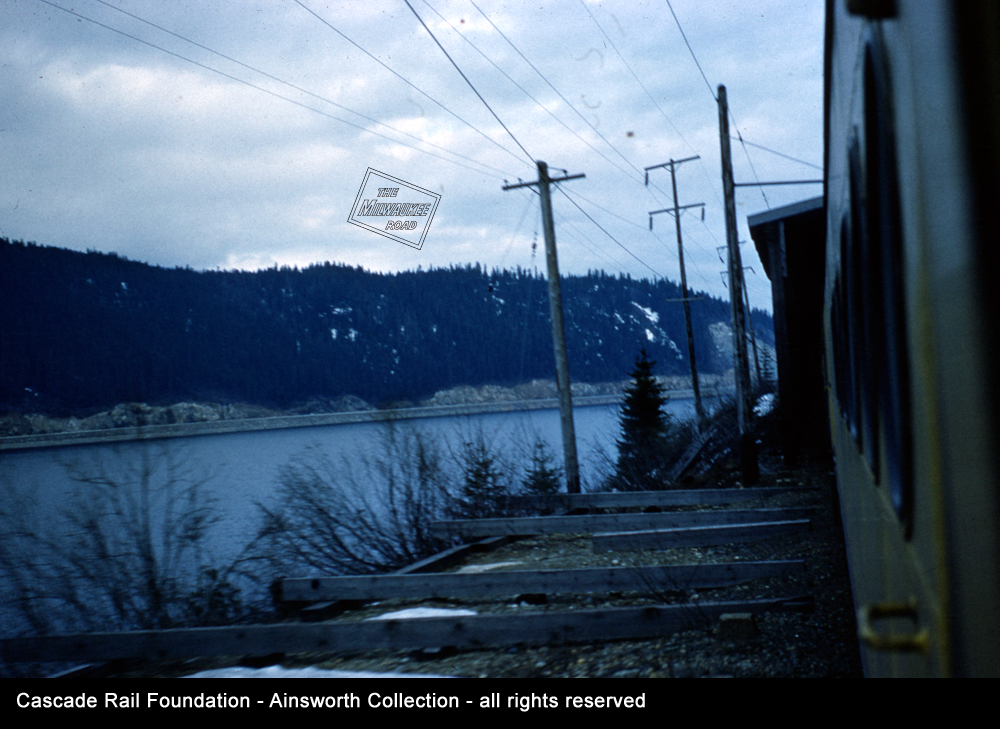 The eastbound Olympian Hiawatha passenger train is rolling along Lake Keechelus and about to enter one of two snowsheds in 1961. The state highway, soon to become Interstate 90 is on the opposite bank of the lake. 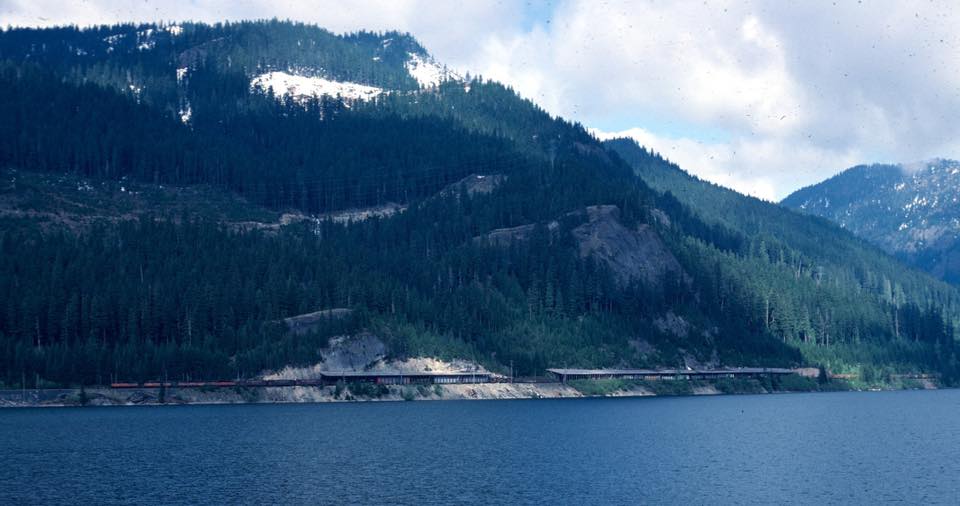 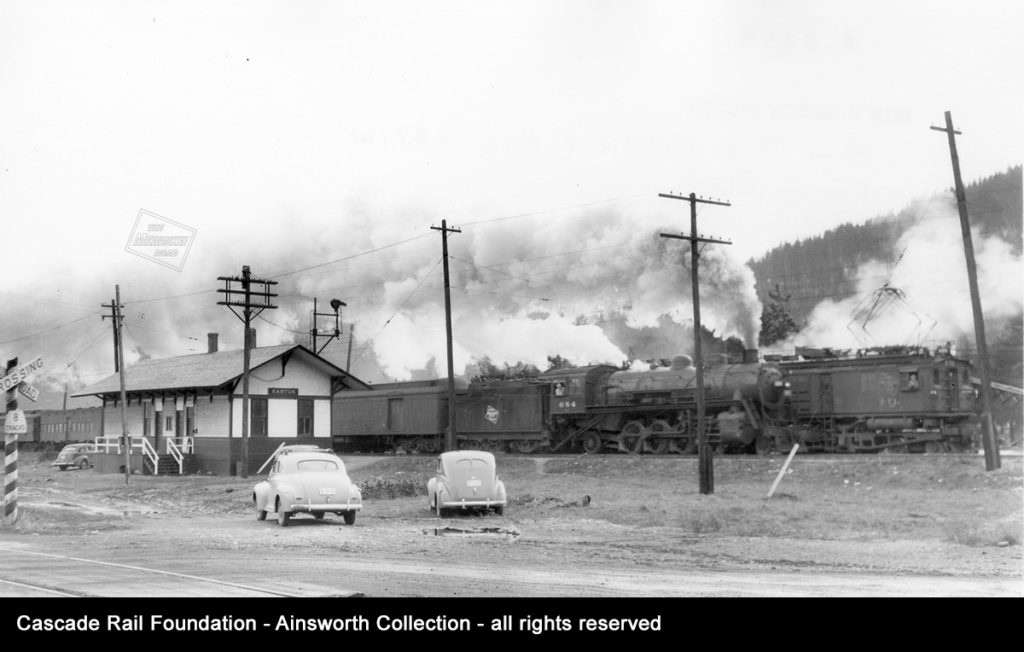 The Milwaukee Road depot at Easton was a busy place during World War II. In this view, a steam powered westbound troop train pass a freight powered with an electric boxcab motor on February 09, 1945.

Tomorrow we go to Cle Elum, the home of Cascade Rail Foundation and the South Cle Elum Railyard Historic District.

We thank Allen Miller and Fred Hyde for contributing to today’s tour.