Today our virtual tour of the Milwaukee Road takes us from Easton, along the Yakima River, to the South Cle Elum Rail Yard Historic District. This is the home of Cascade Rail Foundation. 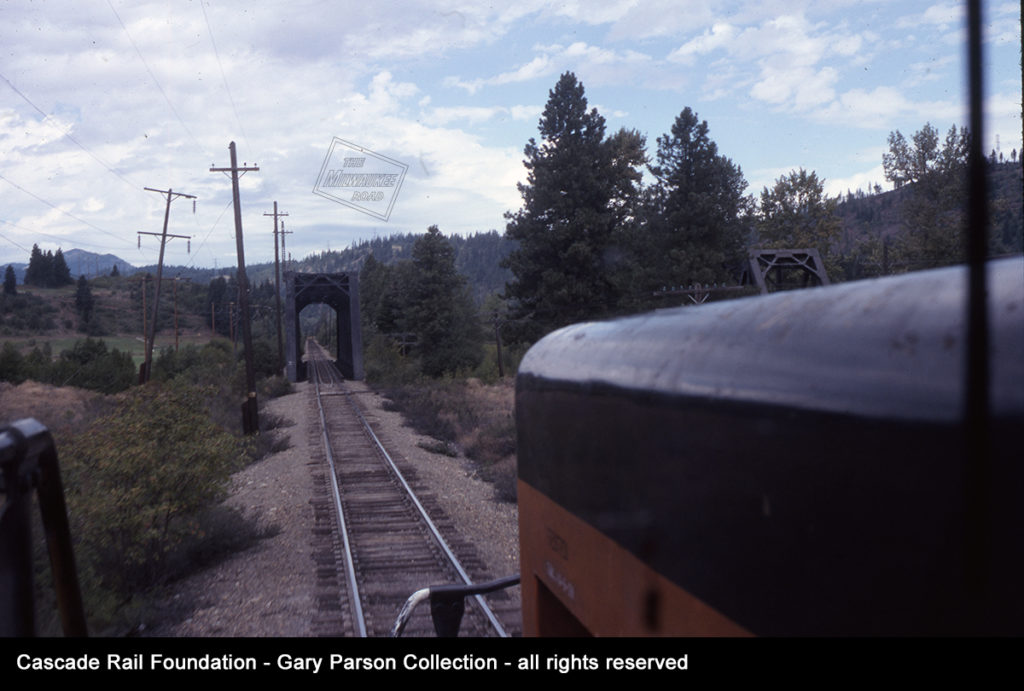 The Milwaukee Road ran along the Yakima River from its source at Lake Easton all the way to Ellensburg. There were a number of crossings of the river along the way. This is a fireman and head brakeman’s view from a westbound freight, approaching the river. The Burlington Northern (former Northern Pacific Stampede Pass line) paralleled the Milwaukee in several sections, their bridge just visible on the right. Photo by Gary Parson. 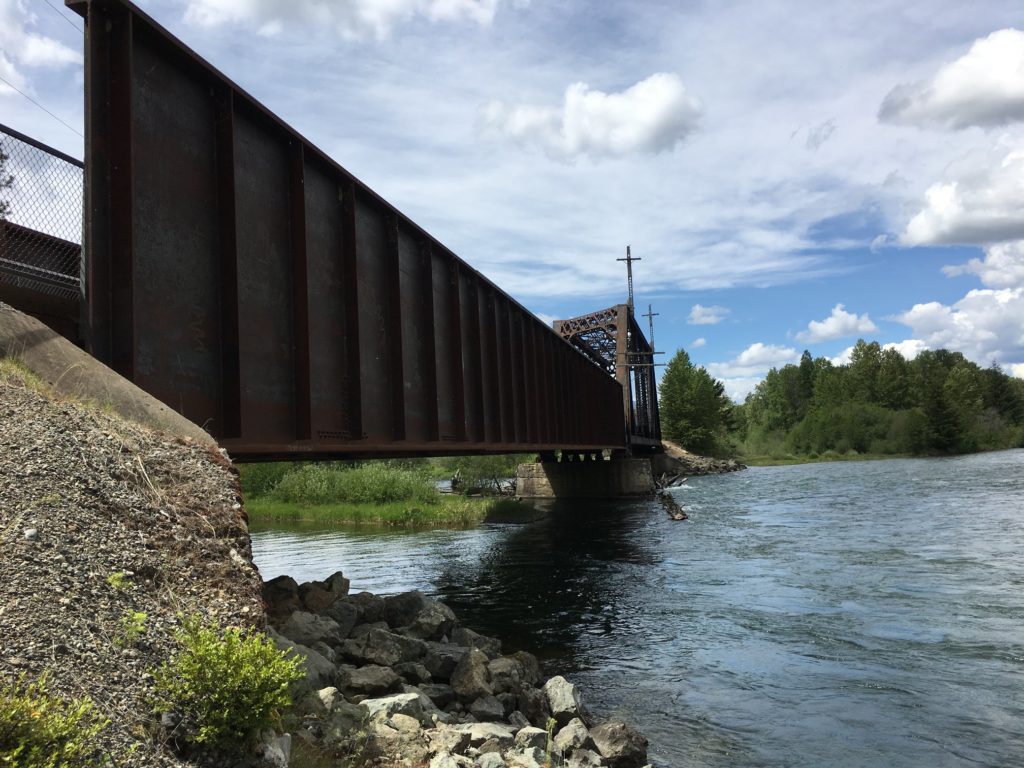 Bridge FF-2 over the Yakima River is a 308-foot two-span steel bridge. At 2:00 am on April 5,1977, a burned journal caused a derailment of 14 cars on the bridge. A fire broke out among carloads of derailed lumber and the scene included cars and bridge parts strewn in the river. John Crosby was on a work train on April 5 through 7th, cleaning up the wreck and documented much of the carnage. The east section of the bridge was replaced with a new fabricated section by Bob Shanklin’s Bridge & Building forces. 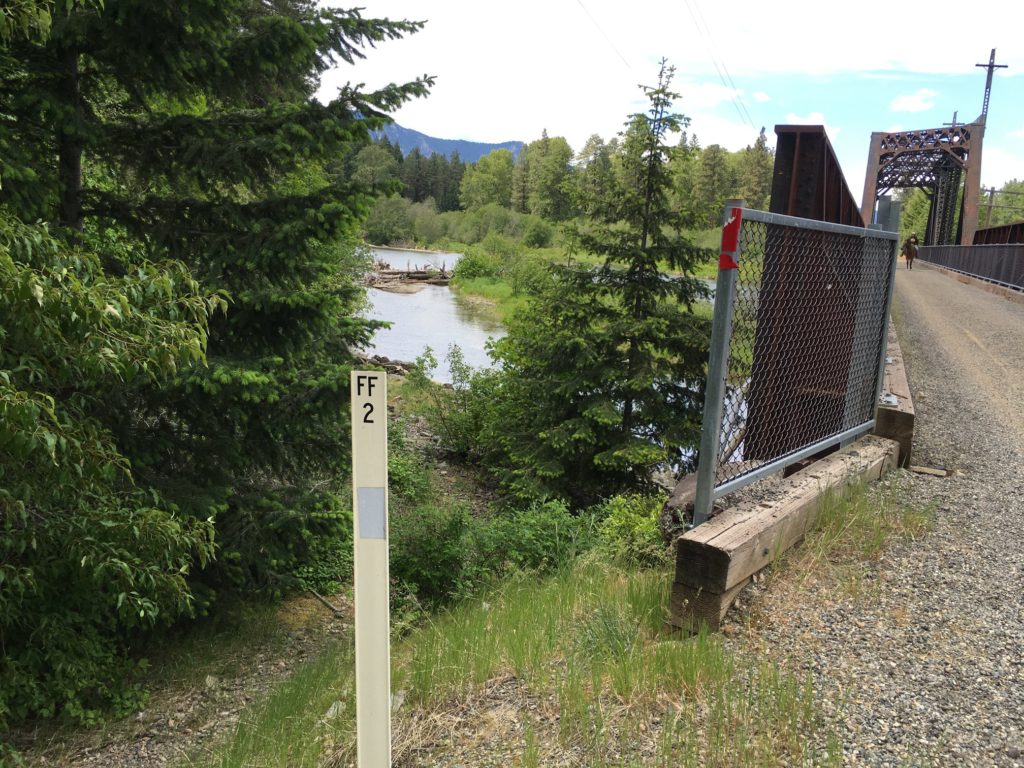 The Yakima River is the longest river entirely within the state of Washington, at 214 miles in length. This is another modern view of Bridge FF2, now used by the Palouse to Cascades Trail, and quickly rehabilitated following a 1977 derailment. 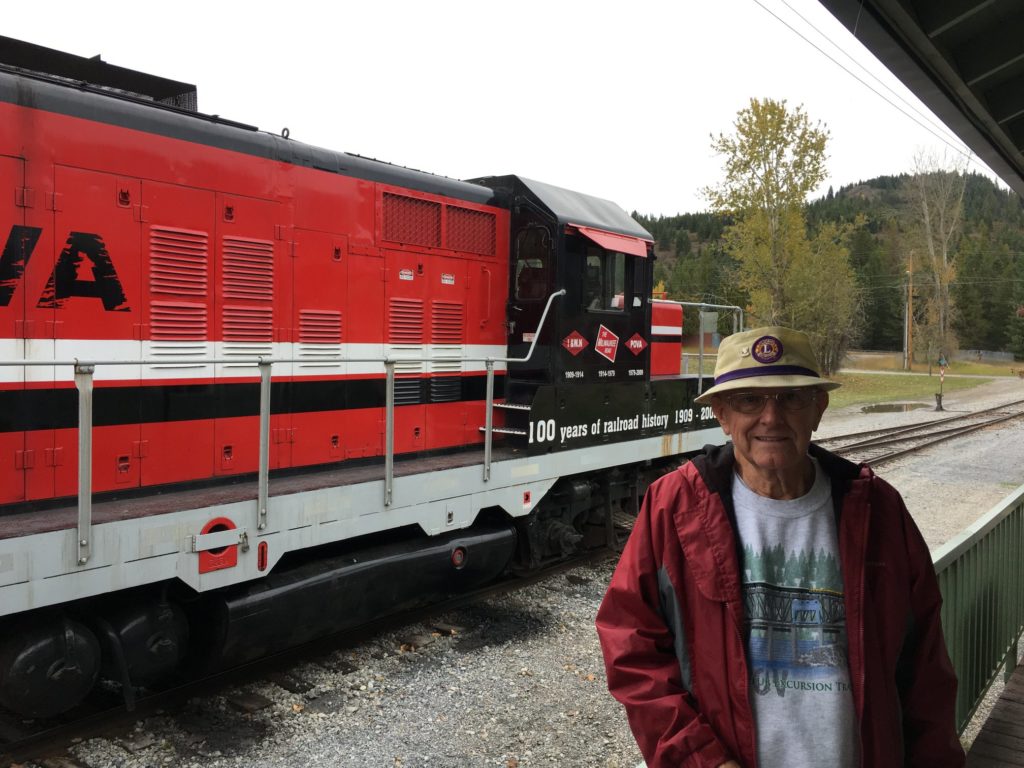 A tribute to Robert Shanklin (1934-2020), who was a Bridge & Building (B&B) foreman and supervisor who was the front line person called out to deal with emergencies and unexpected events, such as a main line bridge partially destroyed in a derailment. Several Milwaukee Road bridges across the Yakima River have been seriously damaged in derailments and brought back into use as a result of Mr. Shanklin’s ability to solve structural problems and make things happen in the field, often times constrained by budgetary woes of a bankrupt company. Bob was a true Milwaukee Roader through and through, and continued on to serve in management capacities with the Seattle and North Coast and later the Pend Oreille Valley Railroad (POVA), both short line operations on former Milwaukee properties.

From 1997 he was instrumental in getting the North Pend Oreille Valley Lions Club excursion trains in operation. Mr. Shanklin was a wonderful and cheerful source of information and stories of his Milwaukee Road experiences.
(pictured with a POVA locomotive with the Lion’s Club Excursion, Oct. 2017, M. Borleske photo)

Cle Elum was the crew change point for trains from Tacoma and from Othello until 1977. Train crews would report for duty at this 1909 vintage depot. This scene depicts a 4-unit set of General Electric boxcab motors, preparing to take its freight west, up over Snoqualmie Pass for Tacoma.

The spirit and memory of the Milwaukee Road is kept alive by the Cascade Rail Foundation which is a partner with State Parks at the South Cle Elum Rail Yard Historic District.

Tomorrow we leave South Cle Elum and traveling along the Yakima River canyon to Thorp.