Today we begin our journey heading east, climbing 1,579 feet in elevation over a distance of just 19.2 miles as we cross Snoqualmie Pass. Snoqualmie Pass was a challenging section for the Milwaukee Road. The Snoqualmie Tunnel, opened in 1915, eliminated 500 feet of elevation and shortened the route by 3.8 miles. Even with the tunnel under the summit, the route was challenging to maintain and operate, with the legendary windstorms and snowfall in the Cascades.

For many, the west side of the Cascades and Snoqualmie Pass is considered the most dramatic and scenic section of the route. It is one of the most popular sections of the Palouse to Cascades Trail.
Tomorrow: Hyak to Easton, descending the east side of Snoqualmie Pass. 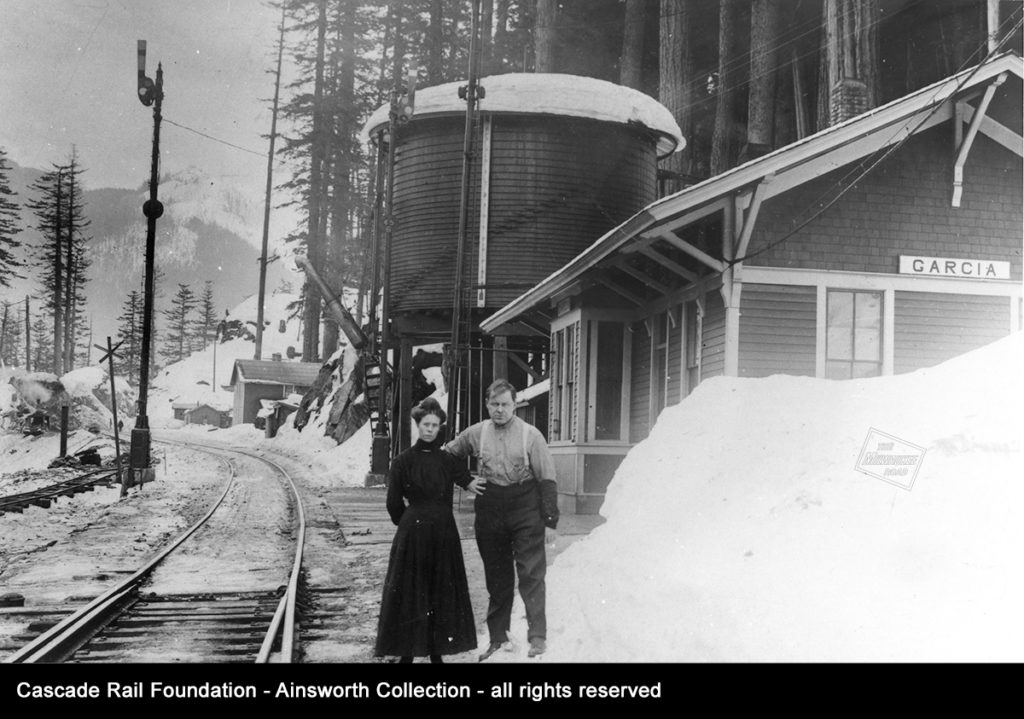 Garcia (pronounced GAR-sha) was the site of a small depot and a passing track. In this photo, we see Garcia agent James P. “Jim” Terry and his wife, 2nd trick operator Jeanette posed in front of the depot in 1914. Before the 1920 electrification, steam locomotives would take on water from wooden tanks like this one behind the depot.

This chartered train, the Elk’s Special, is seen heading west at Mine Creek Bridge on July 11, 1927. It was common for railroads to operate special chartered passenger trains for large groups in addition to their regularly scheduled trians. Photo by Asahel Curtis, a renowned Pacific Northwest photographer who captured many scenes used in Milwaukee Road publicity.

The train is pulled by an innovative bi-polar electric motor. The Milwaukee Road electrification was inaugurated between Tacoma and Othello on March 5, 1920. (Electrification to Seattle followed a few years later). The Coast Division electrification was a technological marvel of its day, well suited for mountain grades and operation in cold-weather high elevations. 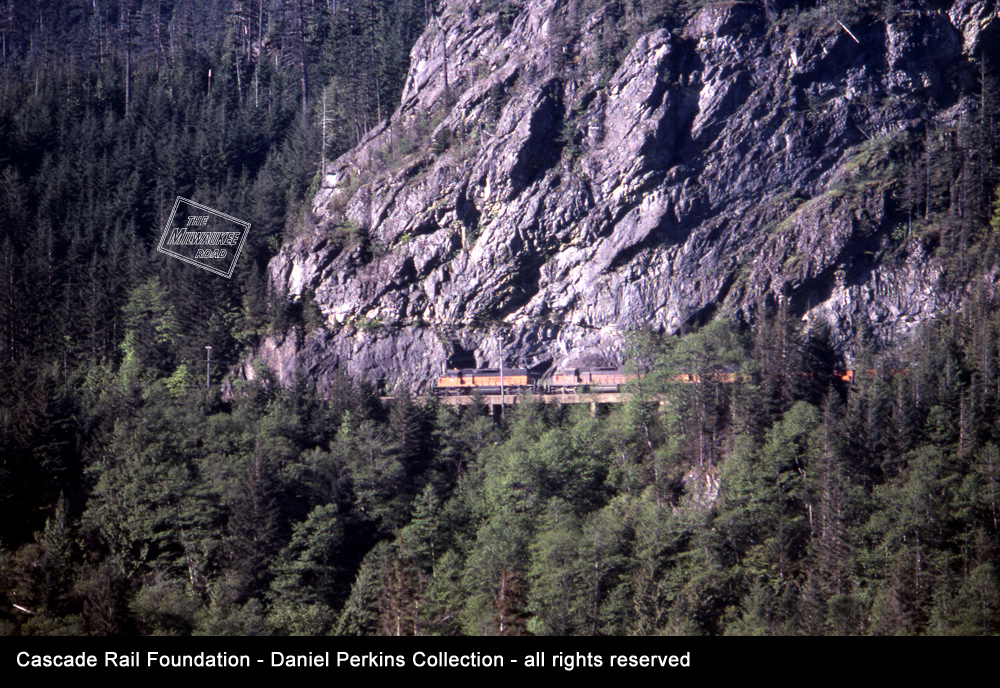 Daniel Perkins captured this view in 1979 of a diesel-powered freight heading eastbound up the grade across a concrete bridge between Change and Hull Creek viaducts. This 8-span concrete bridge is at a location known as McLean’s Blowout. A construction contractor, Mr. McLean, used too much dynamite and blew out the intended roadbed. This concrete bridge was then built to support the tracks. A similar incident happened nearby at McClellan’s Butte, where another concrete bridge was built where too much rock was dynamited away. 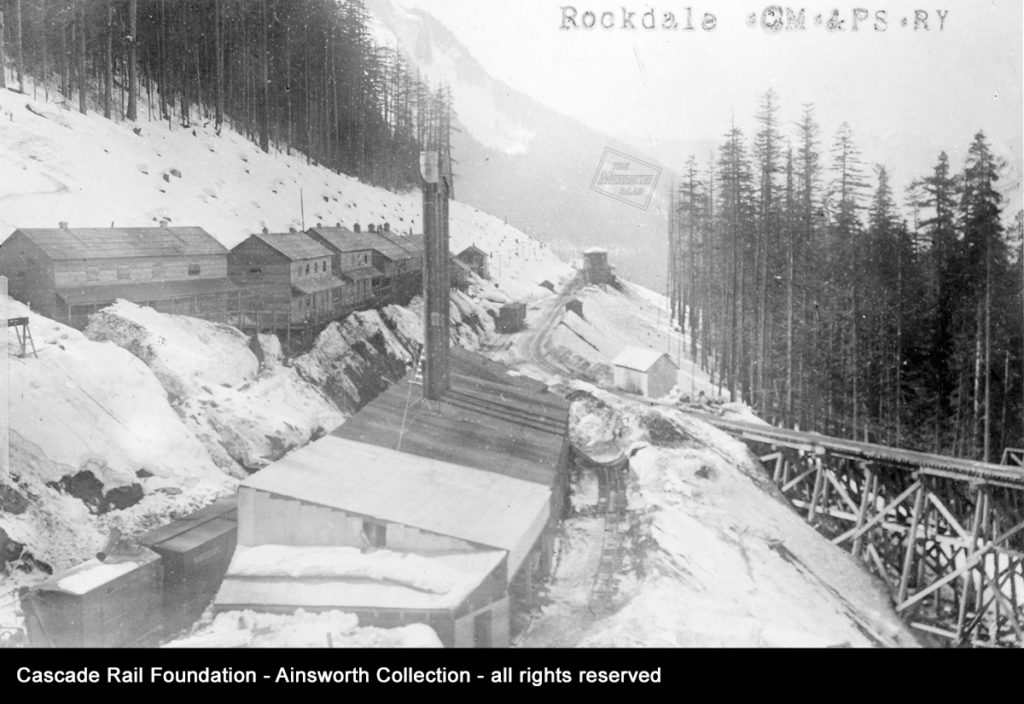 This is a view of the construction camp for crews working on the Snoqualmie Tunnel at Rockdale, location of the west portal of the tunnel. Some 2,500 men were involved in construction of the tunnel, with blasting, mucking, and boring being done from both ends, to meet in the middle.

The original route over Snoqualmie Pass, “the Highline”, was opened in 1909 and ran to the right over the wooden trestle. The route for the tunnel ran to the left of the boiler house seen in the middle foreground. This boiler house provided electricity for lighting tunnel work as well as the employee housing in the row of buildings to the left. It also provided steam heat and hot water for those employee quarters, as well as power to operate the Ingersoll drills used to blast rock in the progress of the tunnel face. Note the narrow gauge tracks for the dinkey train to haul out the tunnel spoils. The Rockdale depot is located on the other side of the water tank in the distance.

The Snoqualmie Tunnel was opened January 24, 1915.

Tomorrow we exit the Snoqualmie Tunnel into Eastern Washington at Hyak and continue our journey east.

Cascade Rail Foundation thanks Allen Miller for providing historical information about these photos.