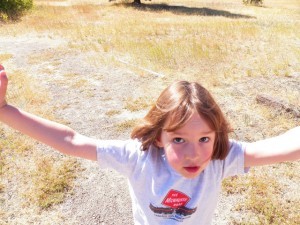 “Where is the train?”

Having a Milwaukee Road locomotive at South Cle Elum is important step in the development of the rail yard as an interpretive center.

The railroad abandoned their routes in Washington in 1980, more than thirty years ago. As more and more people have no memory of the railroad, it is vitally important that we have exhibits that capture the imagination of visitors.  Locomotives have that magic.

A locomotive would draw more visitors to the Interpretive Center at South Cle Elum.  The 5057 would increase the number of attractions we have to offer, giving people another compelling reason to visit us. Plus, people are more likely to go out of their way to visit a locomotive. Currently no Milwaukee Road locomotives are on display in Washington.

The 5057 would greatly enhance our ability to tell the story of the Milwaukee Road in Washington.  We could use it to illustrate several stories.

By acquiring the 5057, we would be taking a first step toward the construction of an exhibit hall for railroad equipment.  The exhibit hall is part of the strategic plan for the rail yard. The building would likely be just outside the formal boundary of the historic district, west of the substation operator bungalows and south of the trail.  We think it will be easier to raise funds to build the exhibit hall if we have a locomotive ready to display in it.

By eventually bringing the 10200 and 5057 together at South Cle Elum, we would have locomotives that represent the beginning of the Milwaukee Road electrification and the end of Milwaukee Road operations in Washington.

While we pursue these long-term goals, our plan is to initially display the 5057 outdoors in the rail yard, possibly under a shelter to give it some protection from the elements.  We are working with Washington State Parks to finalize this plan.